The role of social skills training in the treatment of social phobia continues to be debated. Prior to the publication of DSM-III, social skills training had demonstrated clinical utility in heterogeneous populations of psychiatric outpatients with social skills difficulties or anxieties. Hence it was proposed that these techniques be applied to the treatment of social phobia. Reviewers agree that few of the early studies that examined social skills treatments were methodologically sound; in particular, only rarely was a control condition in evidence. Diagnostic groups were often heterogeneous or poorly defined. No differentiation was made between those with and those without avoidant personality disorder. In addition, strategies referred to as social skills training often included explicit instructions more consistent with exposure therapies, e.g., to regularly confront their fears and to persist in the situation until anxiety diminished. 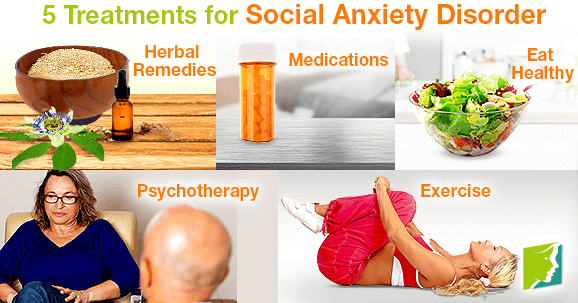 Recognition of the success of exposure and desensitization techniques in treating other phobic disorders led to trials of these techniques in the management of social phobia. Studies using imaginal desensitization techniques were largely completed prior to the publication of DSM-III, and used subjects variously diagnosed as socially phobic, socially dysfunctional, and socially anxious. In a review of these techniques, Marks (1985) found that in general they were not very effective in treating the problems under study, although there are some reports of effectiveness equal to social skills training. Graded exposure to feared social situations, within a group treatment setting and in vivo, is the most common behavioral technique currently in use. It has been shown to reduce the physiological symptoms of anxiety in feared situations, and reduce avoidance of targeted situations. Exposure alone results in significant improvement in social phobia. However, given the evidence for the importance of cognitive factors in social phobia, it is of significant interest to compare the results of exposure therapy to cognitive therapy and of exposure alone to the combination of cognitive and exposure therapies.

Concurrently with the trials of social skills training in social phobia, and spurred by the publication of DSM-III, research was directed at elucidating the core features of the disorder. It was proposed that cognitive factors were particularly important in the genesis and maintenance of social phobia and, hence, that cognitive therapeutic strategies would be necessary components of treatment. A consensus was reached that excessive fear of negative evaluation was a central feature of social phobia. Mattick and Peters (1988) and Mattick et al. (1989) demonstrated that a reduction in the degree of concern over the opinions of others (fear of negative evaluation) was the most important mediating attitudinal variable effecting improvement in their trials of exposure, cognitive therapy, and cognitive behavioral therapy. Most early studies based the cognitive therapeutic component on the work of Ellis (1962), Beck (1976), or Meichenbaum (1977). Heimbergand associates (1995) have since described a group therapy program that is widely used as a model for cognitive behavioral therapy programs. The efficacy of cognitive behavioral treatments was suggested initially by a number of uncontrolled studies. These findings have been confirmed by a large number of studies employing a variety of control conditions including wait-list and conditions controlling for attention and support, including “nonspecific therapy”, education and supportive psychotherapy, and “associative therapy”, where subjects were asked to free-associate to thoughts and memories of social encounters.

A similar finding has been reported by Mattick et al. and Salaberria and Echeburua (1998). In these studies, the exposure-only group actually showed some deterioration at follow-up. Gould et al. (1997a) required a no-treatment or wait-list control or psychological placebo for studies selected for meta-analysis. Sixteen studies were identified, of which six were also included in the Taylor (1996) meta-analysis. Most of the differences are explained by the inclusion of more early studies (including pre-DSM-III) and exclusion of studies comparing only active treatments in the Gould et al. (1997) meta-analysis. Despite these, and other minor methodological differences, the findings were similar, with average effect sizes of 0.8 for combined exposure plus cognitive restructuring, and 0.6 for cognitive therapy alone and for social skills training. However, a slight advantage was reported for exposure alone, with an average effect size of 0.89. Most studies did not report follow-up data for the control condition (understandably, since most such research is conducted in clinical settings where patients who meet criteria for social phobia are seeking treatment and those randomized to wait-list or placebo already suffer considerable delay). Therefore, effect sizes were calculated comparing posttreatment and 3-month follow-up data for the active treatment conditions only. Mean effect sizes for different treatments, based on seven studies were: exposure alone (four studies; two negative effect sizes) 0.16; cognitive therapy alone (one study) 0.62; social skills training (one study) 0; combined exposure plus cognitive therapy (six studies; one negative effect size) 0.23.

On reviewing individual studies that compare exposure with cognitive interventions and anxiety management strategies, it seems that slightly different symptoms (behavioral, cognitive, and physiological) may be targeted by each treatment, but that these differences largely disappear at follow-up. It has also been suggested by some authors that certain symptom profiles may respond best to particular aspects of a cognitive behavioral package and that not all components may be necessary for all patients. The limited evidence from studies of circumscribed social phobia would support this view. Ost et al. (1981) found some evidence for this view in an early study, but were unable to replicate their findings later. Negative findings were also reported byWlazloetal. (1990).

In summary, we recommend a combined cognitive behavioral treatment package for social phobia because it is not yet possible to match symptom profiles with specific treatment strategies, and because there is some evidence to suggest that gains from exposure-only treatments may not be as well maintained in the long term as the gains that result from combined cognitive behavioral treatments.

The effect sizes of both pill placebo and attention placebo have been estimated at 0.4 to 0.5 in social phobia. Dropout rates average 10% to 15% for cognitive behavioral therapy but rates around 25% are also commonly reported. A dropout rate of 34% was reported by Van Velzen et al. (1997) from their exposure-based individual treatment, which they argued may have been more frightening for participants without the assistance of cognitive strategies or the support of a group (although clinical observation would suggest that the prospect of group treatment can be frightening: perhaps once enrolled in group treatment, the support provided may enhance continuation). Dropout rates for social skills training show more variation, having been estimated as ranging between 4% and 25%.

All the studies reviewed demonstrated maintenance of gains at follow-up periods of 3 to 6 months. It is important to determine whether results can be maintained in the longer term. There is now preliminary evidence of sustained improvement over 5 years. Patients who had earlier received treatment in either cognitive behavioral group therapy or a control condition comprising education and supportive psychotherapy were re-evaluated after a period of 4.5 to 6.25 years after treatment. Those who had received the cognitive behavioral therapy remained more improved on a variety of behavioral and self-report measures than those treated in the alternative condition. More importantly, global measures suggested that they continued to function well. It was noted that patients who participated in the long-term follow-up were less impaired pre-and posttreatment than those who were not re-evaluated at the long-term follow-up. However, there were no differences in pretreatment severity between long-term follow-up participants who received education support or cognitive behavioral therapy.

Symptom severity at baseline is the strongest and most consistent predictor of outcome, for both drug and psychological treatments. Symptom severity in turn is related to the subtype of social phobia (generalized versus nongeneralized) and the presence of comorbid conditions, the most studied being depression and avoidant personality disorder. Consistent findings are that the rate of improvement, or degree of change, in social phobia is very similar no matter what the comorbidity or pretreatment symptom burden, but severity of symptoms and degree of impairment posttreatment are most closely related to pretreatment levels. In other words, cognitive behavioral therapy is likely to be of benefit no matter how severe symptoms are, but functional outcome will be poorer for the more severely impaired individual. Predictive factors that have been identified generally account for only a small part of the variance, and seem to become of even less predictive value as follow-up periods lengthen.

Reduction in frequency of negative cognitions appears to be related to improvement posttreatment and in the short term, but there is no evidence that it is either causal or necessary to recovery and it may have less relevance to longer-term outcome. A reduction in negative self-focused thoughts was also linked to improvement in an exposure-based treatment without an explicit component of cognitive therapy.

Most reported studies conducted group cognitive behavioral treatment of social phobia. Wlazlo et al. (1990) compared individual with group social skills training and found an advantage for the group condition. There are few trials comparing group with individual cognitive behavioral treatment, but neither Scholing and Emmelkamp (1993) nor a recent meta-analysis found significant differences between reported outcomes of group and individual treatment programs. Butler (1989a), in an excellent review, has commented on the difficulties of creating adequate exposure conditions for social phobia as a function of the often brief and unexpected nature of many types of social interaction. For this reason, group treatment might be expected to have an advantage because of the prolonged exposure intrinsic to this treatment format. A prolonged group exposure situation provides the opportunity to habituate to the anxiety provoked by exposure to strangers. As the group becomes acquainted, there is also the opportunity for exposure to fears of interacting with a group of people who are better known, and whose opinions may therefore matter more to the individual.

Existing cognitive behavioral therapy treatment literature suffers from several methodological limitations. Early studies using DSM-III may have excluded more severe cases of social phobia, since hierarchical rules prevented those diagnosed with avoidant personality disorder from also being given a diagnosis of social phobia. Studies that employ clinical samples often also have a significant proportion of participants on psychotropic medication, including benzodiazepines and antidepressants, who are free to seek additional treatment between posttreatment and follow-up: such factors cannot always be controlled for given small sample sizes. The specific requirements of an adequate and appropriate control condition for trials of psychological treatments were recognized years ago, yet there are still relatively few reported trials employing the type of placebo condition that provides a more robust test of psychological treatments. However, the number of trials using at least a wait-list control is large enough to establish the efficacy of the psychological treatments reviewed above in relieving at least some of the burden of social phobia. Comparison between studies and treatments is rendered difficult by the wide range of outcome measures used across studies, and the adoption of a small number of well-validated measures of symptom burden and social functioning would assist the interpretation of results.