Bupropion (GSK’s Wellbutrin/Wellbutrin XR) acts on the noradren-ergic and dopaminergic system by inhibiting reuptake of norepinephrine and dopamine. Because bupropion does not affect the serotonergic system, this drug has become a common alternative or adjunct therapy for patients unable to bear the serotonergic side effects associated with serotonin reuptake inhibition (e.g., sedation, weight gain, fatigue, sexual dysfunction). GSK has a similar noradren-ergic/dopaminergic agent, GW-353162, in Phase Italy development in Europe; this agent is most likely a follow-on to bupropion.

The symptoms of depression are presumed to result from poor uptake of monoamines (serotonin, norepinephrine, dopamine) by post-synaptic transporters. The leftover monoamines are reabsorbed by the presy-naptic cell; consequently, the presynaptic cell releases fewer monoamines into the synaptic cleft. The net result is a monoamine deficit in the synaptic cleft. Noradrenergic/dopaminergic reuptake agents exert their antidepressant effects by blocking the reuptake of the monoamines noradrenaline and dopamine by presynaptic cells; these agents have no direct action on the serotonin system. The noradrenergic/dopaminergic reuptake agents’ mechanism of action makes them more effective in managing the cognitive, psychomotor, and fatigue symptoms of major depression than they are in managing the comorbid anxiety. 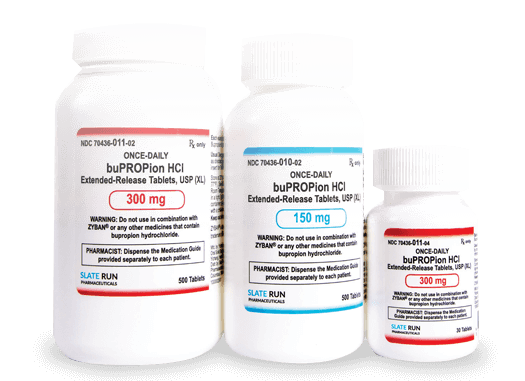 First approved in the United States in 1985, bupropion was withdrawn from the market in 1986 for nearly three years because of concerns about increased seizure risk. When the drug was reintroduced in 1989, prescriptions for bupropion were written by specialists only, but prescribers’ hesitancy about using this drug has waned significantly since its relaunch. Now, both primary care physicians and specialists prescribe bupropion, either alone or together with an selective serotonin reuptake inhibitor, to treat depression. In 1997, the FDA approved bupropion as a smoking cessation aid (Zyban). Approval for the smoking cessation indication was granted more recently in the Netherlands, the reference member state for approval throughout the European Union. Bupropion is now available in France, Germany, Italy, Spain, and the United Kingdom for smoking cessation, not for depression.

Although bupropion’s precise effects on neurotransmitters are not well understood, it has been shown to inhibit both dopamine and norepinephrine reuptake and appears to have only marginal effects on serotonin. It exhibits no antagonism of either alpha-1-adrenergic or muscarinic receptors.

Sustained-release bupropion, 150-400 mg/day, was compared with placebo and sertraline, 50-200 mg/day, in a randomized, placebo-controlled study of outpatients (n = 360) who met the Diagnostic and Statistical Manual of Mental Disorders, Fourth Edition criteria for major depression. Response to treatment was evaluated using the HAM-D, HAM-A, and the CGIS. At the eight-week end point, scores on all scales measuring efficacy were statistically significant compared with scores for placebo, and there were no statistically significant differences between sustained-release bupropion and sertraline; however, differences were found in rates of sexual dysfunction. Sexual dysfunction was evaluated using the Diagnostic and Statistical Manual of Mental Disorders, Fourth Edition definition of sexual dysfunction. Patients taking sertraline experienced more sexual dysfunction throughout the study than did patients taking sustained-release bupropion. Side effects experienced by patients taking sertraline were similar to the side effects of selective serotonin reuptake inhibitors. The most common side effects associated with bupropion were nausea, dry mouth, headache, and insomnia.

Because this agent can increase anxiety and insomnia in some patients, dosing must be escalated gradually during the first days of treatment. The most common side effects associated with bupropion are nausea and mild agitation.